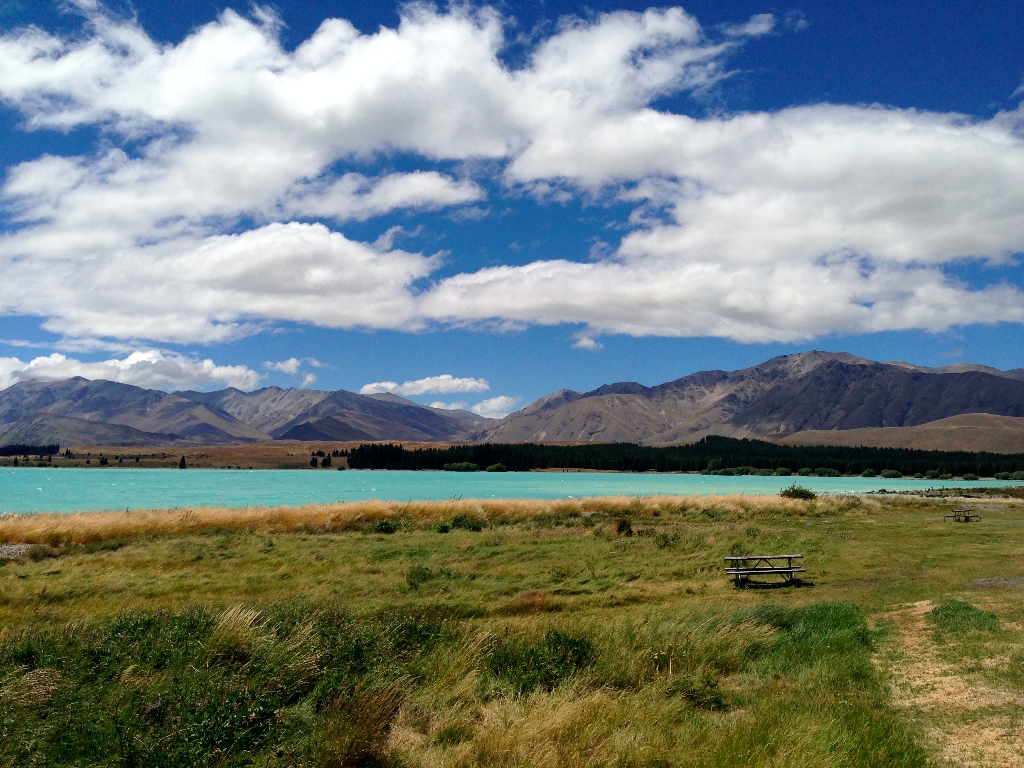 As You already know, I arrived in New Zealand at the 7th of January.

I was travelling the first 2 weeks in a rented Campervan (Thanks to Jucy, their cars are amazing) from Christchurch to Auckland, where I am at the moment.

I saw so many amazing things on the trip. It started in Christchurch, where you could still see the damages from the earthquake 2011, the beautiful city Dunedin, where I visited a Cadbury Chocolate Factory 😉 and the steepest street of the world! After that I have been to Queenstown and Lake Wanaka, where I did a Tour in a Jetboat and a Skydive. Then I saw the Franz Joseph Glacier (amazing to see a real glacier) where I picked up a Hitchhiker called Simon. Then I visited the Pancake Rocks in the Paparoa National Park. After that I travelled to the North Island with the Interislander Ferry. Beginning there in Wellington I’ve been driving to Rotorua, where I visited a Maori Centre and saw a geysir and then, definitely one of the highlights, I visited HOBBITON, the set of The Hobbit and Lord of the Rings!! That was amazing. I felt like a Hobbit 😉 And at the end I did a SkyWalk and a SkyJump at the SkyCity Tower in Auckland.

That was it. There is no better way to spend the first 2 weeks in New Zealand! That’s for sure.

And now enjoy the photos: